I always had a small amount of anxiety over going places when we just had Cora, but I was typically able to overcome it since she was a fairly easy baby. After Dexter was born, that anxiety has built up slower and slower, grander and grander.

Something about getting two small kids out the door wears me thin. I’m telling myself it’ll get easier as they get older, but right now it fucking sucks. There’s packing the diaper bag, which is a feat in itself…diapers, wipes, snacks, formula, bottles, sippy cups, toys, “How long will we be gone?”, “How much/many of (insert random baby item) will we need?”. And then there’s the actual act of getting everyone out the door. Dex goes in his carseat, “Does he have a fresh diaper?”, don’t forget his blanket. Cora needs her blanket too but she’s also going to want to take every. single. stuffed. animal. she. owns. There will be a battle of wills. (Mom wins 8 out of 10 times.) She’ll take her precious time shuffling out the door as I stand there holding her brother in his carseat, which very likely weighs half as much as me. Load everyone up, buckle everyone in, pray you don’t hit too many red lights because Dexter hates when the car stops. Play lots of “Can’t Stop the Feelin’” by JT because that’s Cora’s jam.

And then there’s the unloading and releasing my minions out into the world, praying no one cries, no one poops, and nothing breaks.

I’ve missed so many things this year outside the walls of our home. Family gatherings where I stressed too much about taking the kids out of town, so my mom took them and I stayed home and did some random task I had been putting off until I was kid-free. Birthday parties for friends and their kids because they’ve collided with nap times. Baby showers for people who attended OUR baby showers because again, nap times. My life revolves around not missing naps because I fear cranky babies. It’s absurd.

I’ve also noticed when we leave the house I come home feeling scatterbrained because there’s always SOMETHING in our house that needs to be done, so I walk in and think “I totally could have been cleaning up the kitchen the whole time we were gone.” Or something equally as ridiculous. As if the house would just crumble to shambles if I were to leave it for three hours.

And while we’re on the topic of “disappearing”, best of luck trying to contact me. You can call me, but I’m not going to call you back unless it’s REALLY important and even then you’re going to have to wait until both kids are napping, which is like…a solid half hour out of the entire day. You can text me and I’ll read it while doing dishes/laundry/insert chore here, but I’ll eventually forget about it and possibly respond a day or two later. When I get a moment to sit, to truly rest.. I mindlessly scroll Facebook. Occasionally I’ll post a photo on Instagram that I had taken hours before (almost everything I post is a #latergram). Basically anything that doesn’t require any significant thinking.

So for now, I’m MIA a lot of the time. I’m working on it. I’m haven’t touched anti-anxiety meds in yeeeaaaars but I’m feeling like I’m at the point where it’s time. I’m toying with the idea of seeing a therapist. (If any OKC friends have someone they love, please email me!) I’m a big advocate of normalizing mental health issues and feeling comfortable with getting help when it’s needed, and my gut is telling me I’m there. And that’s okay, because it’s not just about me anymore.

(Well if that isn’t the tagline for my walk through motherhood.)

2 thoughts on “the year i disappeared.” 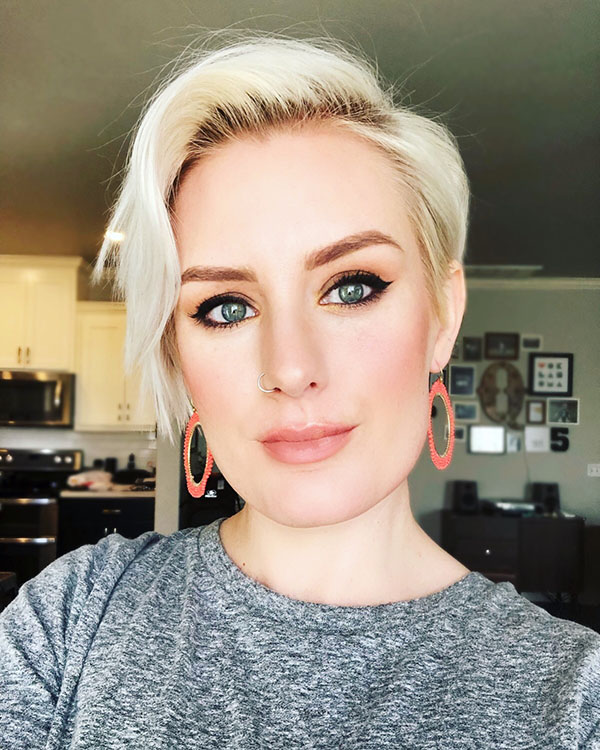 I have more kids and dogs than I deserve, my husband is better than yours, I drive a minivan, and I have knuckle tattoos.

Welcome to the shitshow. I run this bitch.